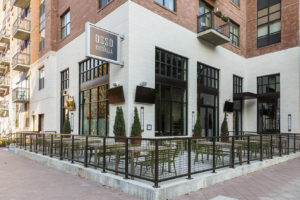 With the start of Houston Restaurant Weeks on Aug. 1, the list of participating restaurants has been updated.

When the initial list was released on July 15, nearly 245 restaurants had signed up. Now, the list has increased to about 280 participating locations. See the full list below or on HoustonRestaurantWeeks.com. Menus for the participating restaurants also are available on the event’s website.

The annual event runs through Labor Day, which is Sept. 4 this year.

Restaurants participating in the event offer specially priced, multicourse prix-fixe menus and make donations to the food bank based on those sales. Last year, HRW added a $25 dinner option, but this year’s dinner options include only the $45 and $35 prices. Lunch is still $20, and brunch is $22. From each meal, $7, $5, $3 and $3, respectively, will be donated to the Houston Food Bank. The Houston Food Bank also partners with the Montgomery County Food Bank and the Galveston County Food Bank. All donations from restaurants operating in those counties will go to their respective food banks.

Houston Restaurant Weeks is the largest single fundraiser for the country’s largest food bank. Since it began in 2003, the event has raised more than $9.6 million for the Houston Food Bank. Last year’s event raised a record $2.015 million, up from more than $1.9 million in 2015.